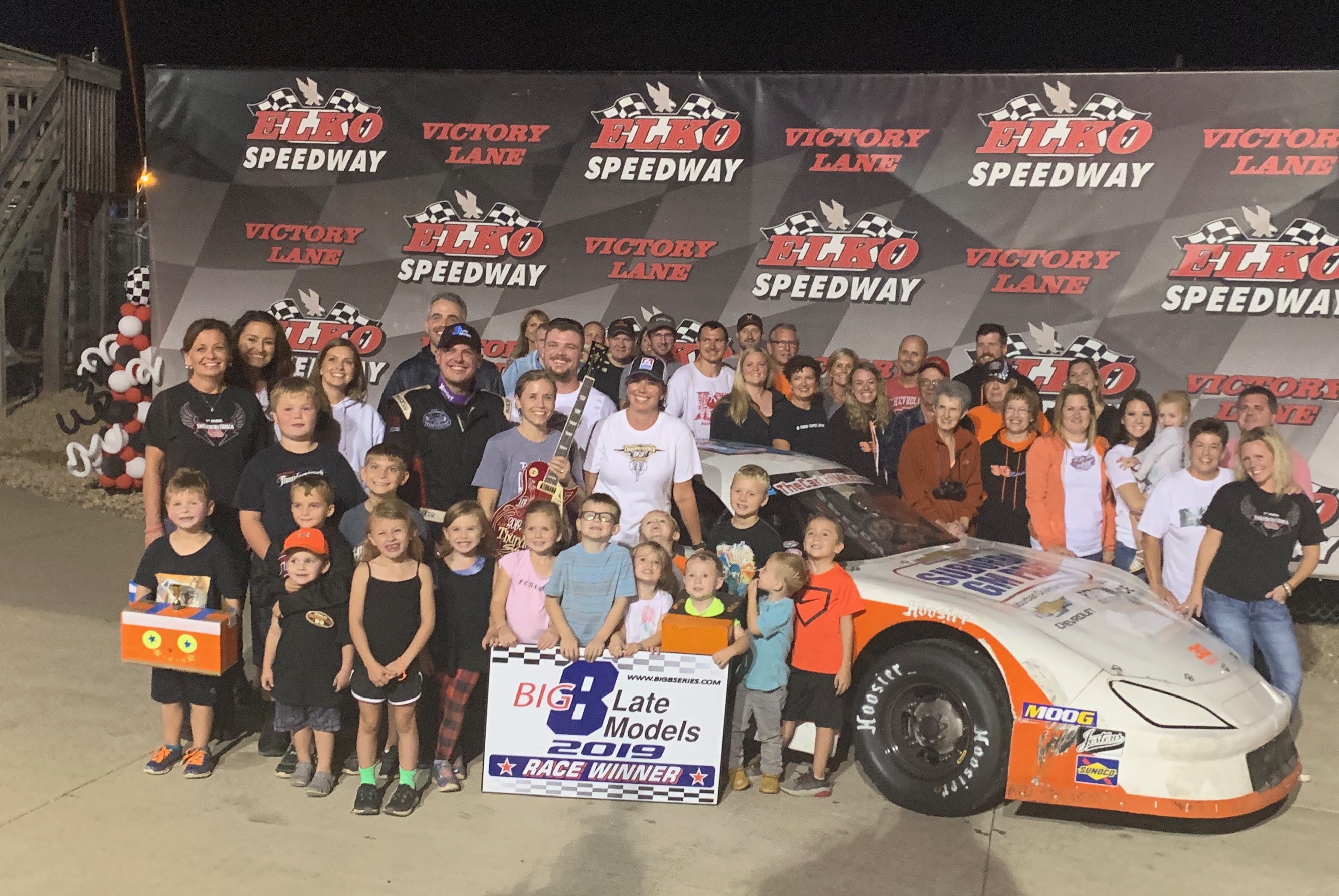 It’s been a season to remember for Jacob Goede.

So it’s quite fitting that Goede put a cherry on top of a career season with a win in Saturday night’s 11th Annual Thunderstruck 93 celebrating the life of Dan Ryan, the fifth race of the 2019 Big 8 Late Model Series season.

Goede, who earlier in the evening set fast time and broke the Big 8 Late Model Series track record, started the race from the twelfth position following the pre-race inversion. Starting on the front row for the 93 lap main event were fellow Minnesotans Michael Ostdiek and Chad Walen.

Ostdiek stepped out to the early race lead, pacing the field over the course of the first 25 laps. Walen caught him on the 26th lap and the two drivers raced side-by-side for the top spot until Walen was able to sneak out front on lap 30.

When the mandatory yellow flag flew at lap 39, it was Walen leading while Goede had already advanced to second place. It didn’t take Goede long to take the top spot, firing past Walen on the race’s forty-first
lap.

Goede was never seriously challenged again for the lead, but behind him the battling was intense. Walen and multi-time Big 8 race winner Chris Marek waged a close-quarters battle for the runner up spot over the course of the race’s final 20 laps. When the checkered flag flew, it was Walen coming home in second, with Marek settling for third.

Aside from Goede’s twelfth-to-first charge, Nick Murgic made a fantastic run through the field, advancing from his 14th starting position to finish the race in fourth place. Youngster Devyn Stocker earned his first Big 8 Series top five in just his second start by rounding out the top five. Minnesota drivers displayed dominance on their hometrack by sweeping the top thirteen positions in the 26 car
field.

The race for the Big 8 Late Model Series championship tightened up Saturday night. Three-time Series champion Michael Bilderback did extend his point lead slightly (32 points from 27) but also saw more
drivers move into contention to challenge for the championship with just two races to go. Walen’s solid night and second place finish moved him to second place in points, while Nick Egan slipped from second to third. Brody Willett still harbors hopes of a championship in fourth, while Justin Neisius slipped into the top five in points on the strength of a seventh place finish.

The top five drivers in Big 8 Late Model Series points are now separated by just 59 points as the “Best Weekly Warriors in the Country” get ready for 108 laps this Saturday night September 28 at
Rockford (IL) Speedway as part of the 54th Annual National Short Track Championships.