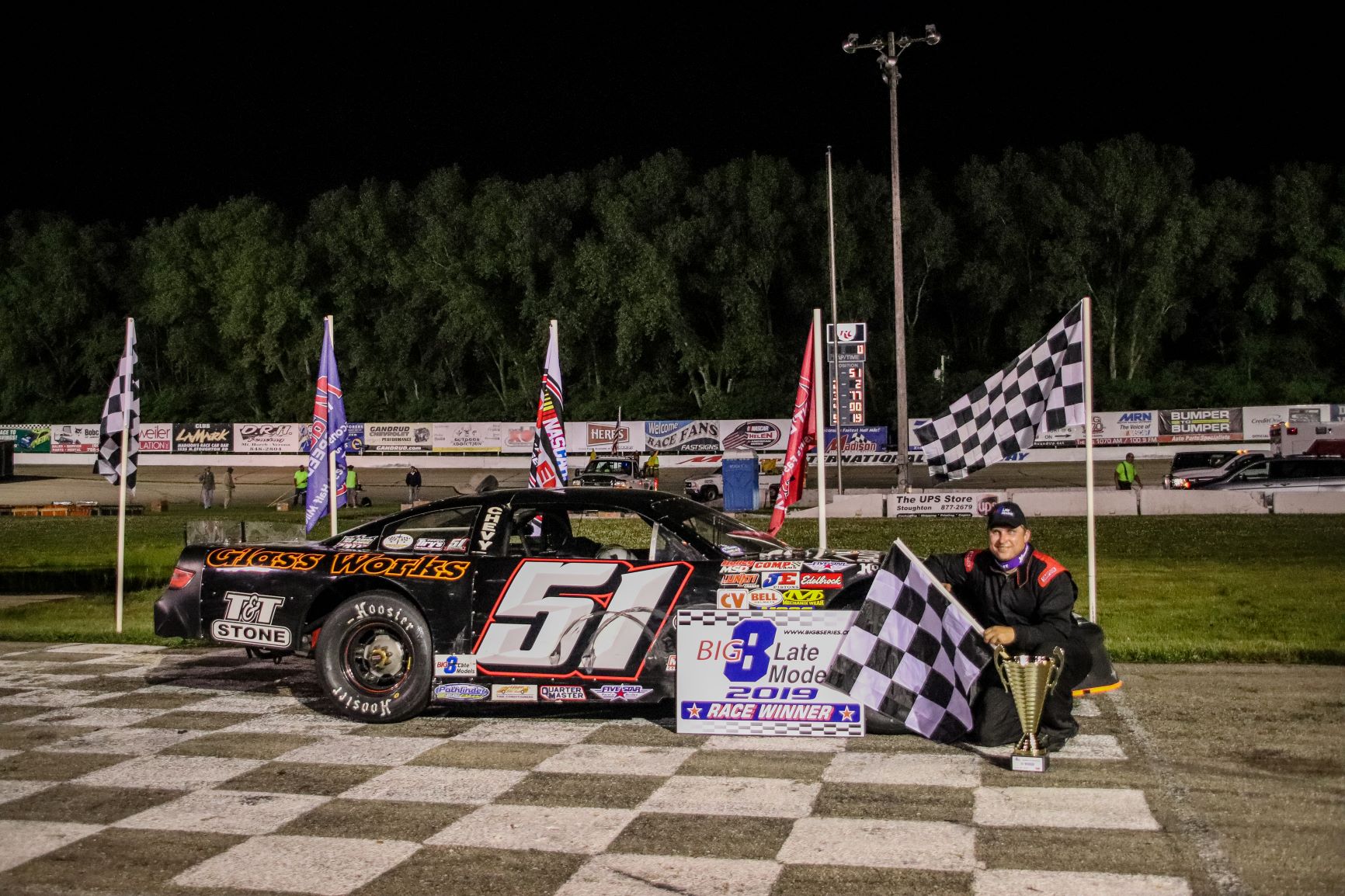 Oregon, WI- The 20th visit to ‘Wisconsin’s Fastest Half Mile’ for the Big 8 Late Model Series looks to bring some of the most successful Big 8 and Madison drivers head-to-head during this Friday’s (July 30, 2021) Big 8 Series ‘Racers’ Reunion 48’ at Madison International Speedway.

Bobby Wilberg, a 2-time Super Late Model and 5-time Late Model Champion at MIS, finds himself in an exciting point battle for the weekly Late Model Championship once again at Madison.  He looks to see if he can outduel the other weekly titans entered for Friday’s main event. All told, Wilberg has 21 career Championships including a record tying seven at Rockford Speedway and is hot off a win just two weeks ago at MIS.

Also throwing his hat into the ring is late model standout Dale Nottestad. Nottestad, a two-time weekly Late Model champion at MIS, who also counts a MIS Super Late Model title and five Jefferson Speedway Championships to his credit seeks his fourth Big 8 victory at Oregon.  Having won the most recent Big 8 visit in 2019 as well as in 2013 and 2010, Nottestad sits 5th on the all-time Big 8 wins list with 9 victories, the most recent coming this Spring at Rockford.  Nottestad set quick time two weeks ago at Madison and rallied to a fourth place effort in his only feature appearance of 2021 at MIS.

One driver who is making his long-awaited return to the high banks of Madison is Jeremy Miller. Miller, who has a combined five titles at MIS and five titles in the Big 8 series, looks to add to his racing legacy with his return to Madison with a victory under the lights. Tied for second on the all-time Big 8 win list with 13 feature wins, Miller leads all drivers with four MIS Big 8 wins.

With five Big 8 wins, Austin Nason sits seventh on the all-time wins list.  Friday night, Nason will return to a track that has been kind to him over his career.  He captured his first Super Late Model feature win at MIS and also was victorious when the Big 8 Series visited in 2015.  2018 was a banner year for Nason on the highbanks, winning the ARCA Midwest Tour Joe Shear Classic 200 as well as the MIS Triple Crown Championship.

The 602 Late Models are eager to get back on track after competing in the Joe Shear Classic back on May 2nd which was won by Bobby Wilberg. This week’s race will only be the third appearance by the 602s with Jeff Steenbergen picking up the win in the inaugural event back in 2019. Madison weekly drivers Ray Hellenbrand, Rick Coppernoll, and Colton Morgan are expected to compete with drivers from the very successful 602 program at Dells Raceway Park.

The Upper Midwest Vintage Racing Series will bring a variety of great looking stock cars to battle it out on the half-mile. The High School Racing Association (HSRA) will be on the Ring of Fire for their fourth event of the year with Jayden Dahlberg winning the three previous events.

All former drivers whether it be Madison International Speedway, Impact Speedway, Capitol Speedway or Oregon Legion Speedway are invited to our annual Racers’ Reunion. Those drivers will be admitted free provided they RSVP to gm@misracing.com.