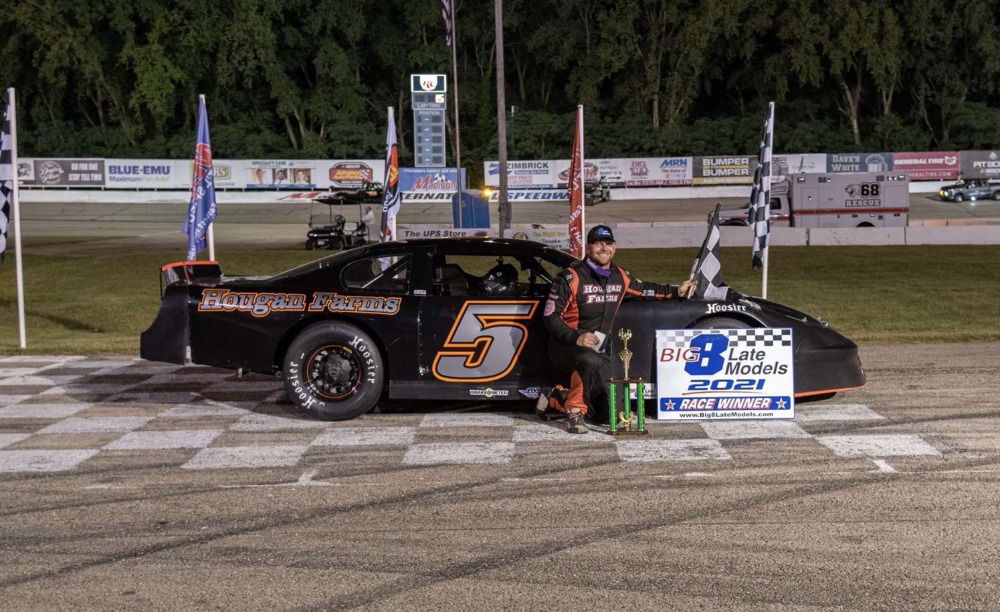 Slowly but surely, Old Man Winter’s grip on the Midwest is beginning to weaken. And with that, one fact is perfectly clear…Late Model Showtime is not far away.

The Big 8 Late Model Series is geared up in preparation for Saturday night April 23 and the 45th running of the Spring Classic at Rockford Speedway. And as race day draws closer, a first wave on entries includes some of the top Late Model racers in the Midwest.

With still over a week until race day, five Big 8 Series championships, six Spring Classic wins and forty-one career Big 8 Series wins are represented among those drivers who will compete on Rockford’s high banks.

Last April’s Spring Classic winner, Dale Nottestad, returns to Rockford trying to become just the fourth driver in history to win the event three or more times. Nottestad won his first Spring Classic in 2011 and is also a past winner of the Big 8 ‘108’ at Rockford’s National Short Track Championships.

Teenager Max Kahler is no stranger to victory lane at Rockford Speedway. ‘The Caledonia Kid’ is a past Big 8 winner at Rockford and in 2020 became one of the youngest winners of the National Short Track Championship at age 17. Kahler is also the 2020 Big 8 Series champion, claiming the crown in dramatic fashion at Oktoberfest.

Only three drivers have won multiple Spring Classics in Big 8 Series history. One of those drivers is Mike Beyer. The Machesney Park native, who is always tough at his home track, pocketed his two Spring Classic wins in 2005 and 2006 and, like Nottestad, is aiming to make history with his third Spring Classic win.

The 45th Annual Spring Classic kicks off the new season for the Big 8 Late Model Series and is also the first event of the historic 75th season of racing at Rockford Speedway. For the first time ever, Spring Classic takes place at night, with the green flag set to wave at 5 PM. Along with a complete Big 8 Late Model Series program highlighted by an 88-lap feature event, the Mid Am Racing Series and Bandits are also scheduled to compete under the lights.