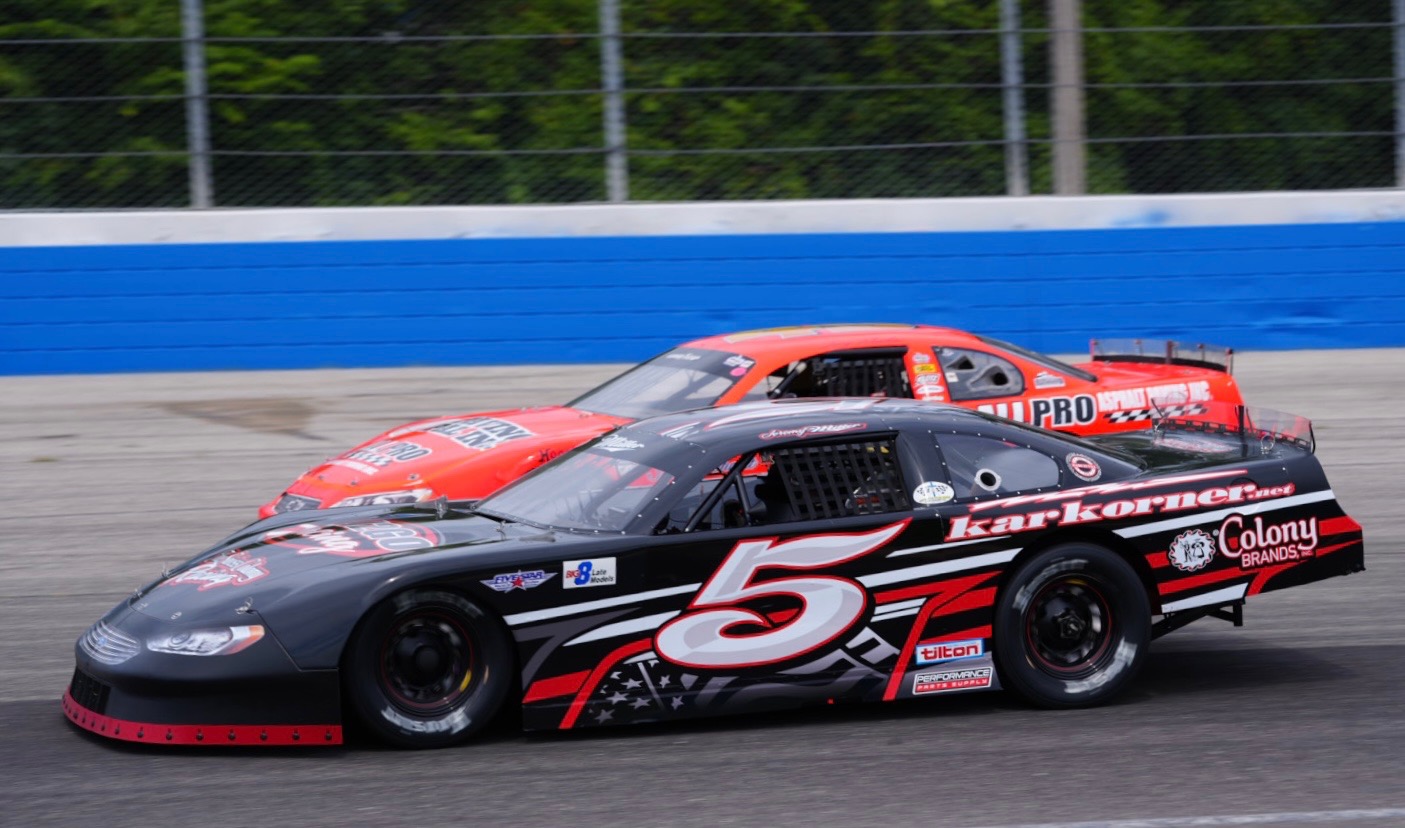 Whenever the Big 8 Late Model Series rolls into the Wisconsin State Fair Park, it’s hard to tell whose name is truly on the track.

Miller, who started from the thirteenth position, had to wait just like everyone else to make their moves after the race got off to a slow start thanks to three caution flags on the first lap of the race. At the drop of the green flag, Richfield Wisconsin’s Jerry Mueller made a bold move to take the lead from pole sitter Jake Gille as the field made its way to turn one. Behind Mueller, much of the same happened, as the star-studded group of drivers jockeyed for position from the get-go. As the field came around to try and complete the second lap, Manitowoc’s Travis Rodewald made heavy contact with the turn three wall, ending his day and bringing out the first caution.

Before the race could resume, an accordion-effect situation on the restart collected three cars in turn three, with Tom Berens, Darren Wolke and Hanna Raley suffering the most damage. When the field returned to racing following a lengthy cleanup, McKayla Adams suffered problems, finding the wall in turn three to bring out yet another caution flag.

Finally, after the Adams incident, the field was able to get going and finally log some laps under green. Mueller stepped back to the head of the class, with outside polesitter Jon Reynolds Jr eventually moving into second. Behind Reynolds, the big movers included Miller, Casey Johnson, Michael Bilderback and Jordan Devoy. Johnson moved through the field with Miller and the tandem soon found themselves in second and third place. But as the race neared halfway, Johnson began to drop back. Miller soon got away from Johnson and began to track down Mueller for the lead. After a couple laps of searching, Miller finally found the right spot to make his bid for the lead, getting past Mueller right as the field took the halfway signal on the nineteenth lap. One lap later, Johnson’s car ground to a halt in turn four, bringing out what ended up being the final yellow flag of the race.

Following the lengthy start of the race and with the televised ARCA Racing Series event looming, a 50-minute time limit cut the scheduled 38 lap race to 33 laps.  Regardless of the number of remaining, Miller controlled the tempo of the race and hit the line 1.537 seconds ahead of his nearest competition at the checkers.

Reynolds turned in his second straight top-three finish with a second-place result, while Mueller topped off a solid day with a third place run after leading the first 18 laps. Michael Bilderback surged to a fourth-place finish with a late-race pass of Jordan Devoy. Devoy rounded out the top five, charging into the top five from his 14th place starting spot.

Miller’s win made him the first repeat winner on the 2022 Big 8 Series tour. The conquest was the Rockford Illinois residents’ 3rd Big 8 Series win at ‘the Mile’ and his 16th career Big 8 Series feature win, which ties him with Michael Bilderback for first on all-time wins list. Miller also set fast time earlier in the day, his Series leading 26th fast time.

The Big 8 Late Model Series now takes a month off before a grueling three-week stretch which will crown a 2022 Series champion. Following the race at Milwaukee, Dale Nottestad continues to lead the Series point standings. The Cambridge Wisconsin driver holds a 38-point advantage over Stoughton Wisconsin’s Will Rece and a 46-point advantage over Mueller in third.