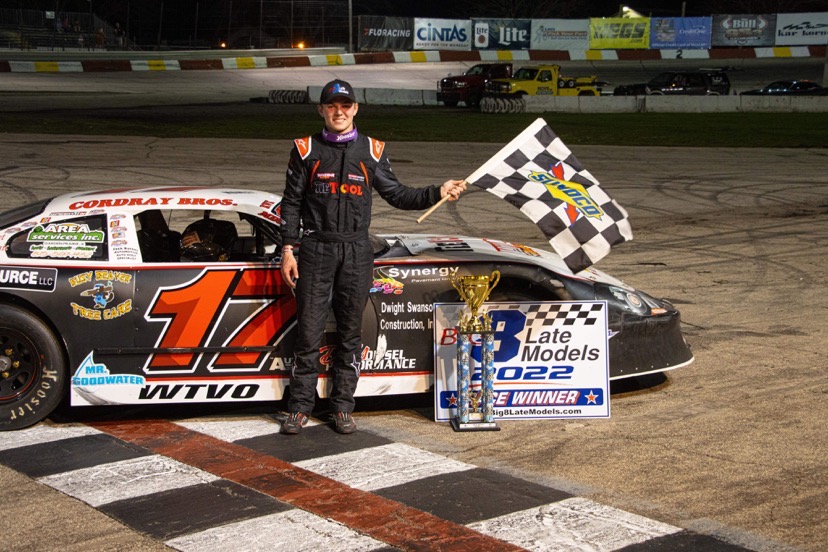 The 19-year-old from Caledonia Illinois was the fastest car in practice and backed that up by setting the fastest time in Qualifying and then dominated the 88-lap season opening race for the Big 8 Late Model Series en route to his second career Series victory.

Kahler, who started in the tenth position, avoided some early race chaos, and pounced forward on a lap 2 restart, putting himself into position to jump to the race lead on the eighth lap. Over the course of the race’s final 80 laps, Kahler was able to outrun and outlast his competition while speeding to a first-place payday of $2,088.

Dale Nottestad, the 2021 Spring Classic winner, was right in the middle of the early race chaos that Kahler was able to avoid. Nottestad’s involvement in that accident sent him and several other cars to the tail of the field. Over the course of the race’s final 86 laps, Nottestad methodically marched from the rear of the field to a second-place finish.

Stephen Scheel’s persistent performance at Spring Classic saw him advance from an 18th place starting spot to a seventh-place finish, earning himself a $100 bonus as the Powersource Racing Engines ‘Power Mover of the Race.’

The next event for the Big 8 Late Model Series is “Clash at the Downs VIII” at Hawkeye Downs in Cedar Rapids Iowa on Friday night June 3.